Advertising on Snapchat: Everything You Need to Know

Snapchat has taken the entire world by storm, having drawn in millions of users thanks to its quirky filters and unique approach to how online interactions should be. 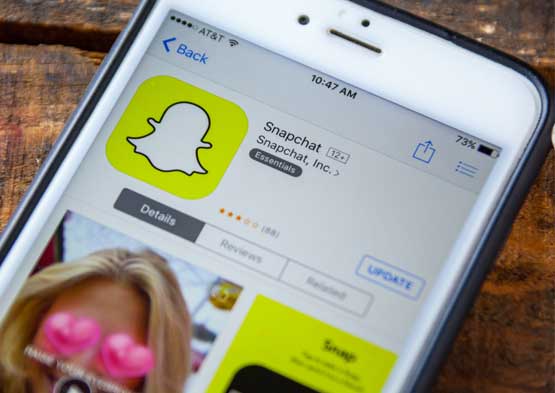 Snapchat has taken the entire world by storm, having drawn in millions of users thanks to its quirky filters and unique approach to how online interactions should be. It has become a very important tool for brands looking to not only communicate with current customers but increase their reach to their target audience. That being said, a brand simply having an account on Snapchat is not enough. Brands have to pay attention to the constantly updated Snapchat trends. Since its inception back in 2011, the platform was originally designed for photo and video sharing. It however, was able to keep its identity unique by including built int visual effects and filters which users could use to make their snaps interesting. It also ensured that these “snaps” were only available for a limited amount of time.

With fun features like the ones listed above, it was only a matter of time before people flocked to the site. Just a year after it was launched, the app had 20 million active snaps on it.

Snapchat By the Numbers:

Bottom line is Snapchat has mastered the engagement game, ensuring its users are interested in using its filters and time-limited messaging feature. This appears to be an audience of over 238 million daily users that give little thought to interacting with brands via quirky filters or snaps.

These are perhaps, the easiest Snapchat ad strategy to leverage. This is because they require a lesser amount of development time, as well as being extremely suitable for just about any business size. They are known for getting results; for example, the RetailMeNot filter was used at over 3000 shopping centres all across the US during the Black Friday retail holiday. It effectively reached 11 million users on Snapchat and gained more than 20 million views.

This feature was released back in 2015 and has become an integral aspect of the social media app. Face Lenses can be quite effective, as seen with the Taco Bell 2016 Cinco de Mayo filter. The filter gained more than 224 million views with the average time spent on the face lenses being more than 24 seconds.

Snapchat enables brands and personalities to take over its official account showcasing the brand’s unique perspective. A takeover typically lasts for a couple of hours or a whole day. This takeover enables brands to leverage the attention of audiences as well as capturing new audiences and showing them an exclusive side to the brand in question.

Pura Vida aimed to capture a younger audience and Snapchat was the only social media channel that proved effective at efficiently targeting the Gen Z demographic. Using Snapchat, Pura Vida was able to efficiently drive flash sales with Story and Snap Ads. This provided the brand with a 108% increase in ROAS over a typical campaign.

Is Snapchat Right for Your Brand?

As an agency partner with Snapchat, adQuadrant has direct insight into current trends and can create custom messaging, creative, and positioning for your brand on Snapchat. For those brands interested in learning more about advertising on Snap, we have created a Snapchat Masterclass which will help you learn proven Snapchat ad strategies, master how to tell stories with Snapchat Ads as well as how to reach new audiences on the social media app. This masterclass is on the 25th of August and will be virtual via Zoom. To learn more, click here.