In the first month alone, Rokform experienced a 50% lift in revenue YoY

Online demand for Rokform’s phone accessories was surging when the iOS 14 update wiped out their Facebook Ads efficiency. Needing a partner to help them make a quick and profitable pivot to Google Ads, Rokform hired adQuadrant, whose expert management skyrocketed their Google revenue at goal ROAS.

As digital privacy continues to evolve, marketers are left
scrambling to deal with the changes to tracking data and how that
affects ad targeting, especially on social media.

For e-commerce phone accessory company Rokform, it quickly
became apparent that they had to completely rethink their
advertising strategy.

They needed to quickly scale Google Ads to compensate for the
ground they’d lost on paid social.

And they also needed to restructure their social media advertising
in a way that worked effectively within the challenges presented
by new privacy limitations.

“iOS 14 really negatively affected Facebook’s algorithm, and
we were unable to target effectively anymore. Even before that, our campaigns weren’t as optimized as they should have been. The iOS 14 update really amplified this gap that we had in our paid social media marketing.”

Rokform didn’t have the time, expertise, or bandwidth to manage
these channels in-house.

“After iOS 14, it became very clear that we needed a partner,” he says.

Rokform needed an omni-channel digital marketing
partner familiar with the intricacies of Google and Meta advertising to help them conquer the changing landscape of digital advertising and grow their business.

The right partner would help them meet—or even exceed—their return on ad spend (ROAS) goals: 400% ROAS for both paid social and paid search.

With adQuadrant, Rokform gets deep insights into the Meta and Google Ads platforms, elite strategy, and meticulous account management.

From the beginning, David was impressed with the
adQuadrant team.

“I’ve never worked with a team that is so well put together. I was really impressed with how quickly they could respond with relevant data. AdQuadrant quickly reached out to Google for more insights and came back with detailed reports, even providing transcripts of their conversations. It’s really impressive,” he says.

adQuadrant used its expertise in different paid media channels to build a unique strategy tailored to each platform.

adQuadrant focused on top performing products and new launches. They leaned into lists of past purchasers to gather valuable data and discovered that Rokform’s golf speaker outperformed nearly every other product.

Armed with this information, they segmented the golf speaker into its own campaign and allocated a dedicated budget to that product to grow sales even more.

They followed the same strategy with new product launches, including the iPhone 14 cases, and complemented the strategy by targeting lookalike audiences (based on users who had purchased cases in the past) to generate brand awareness among qualified cohorts, at scale.

“Within three days, they came back with a very detailed answer,” David says. “They were able to find that somebody at the inception of our company had created a separate conversion action in Google Ads, and that was causing the discrepancy. They then gave us a detailed explanation of why it was happening. Anybody can identify a problem, but not everyone digs deeper into it to provide the context behind what’s happening.”

Next, adQuadrant turned their expertise to Meta to fill in the gaps left by recent digital privacy updates. They leaned heavily into audiences that were performing well and shifted spend and efforts away from audiences that were declining: for Rokform, that meant shifting towards general phone users and golfers, and away from biking audiences.

They used the launch of the new iPhone 14 to heavily promote Rokform’s new phone cases and accessories.

“Their ability to specialize in campaign structure and keyword optimization is a key value driver for us,” David says. “It’s a cliché to say ‘they’re an extension of our team,’ because every agency says that. But I’ve never actually experienced it to the degree I have with adQuadrant. They really do feel like they’re an extension of my team.”

Higher ROAS than ever

adQuadrant helped Rokform meet and exceed their monthly ROAS targets for Google Ads and paid social. For October 2022, they hit 408% ROAS on paid social, and 1320% on paid search. They’ve completely recouped their losses from the iOS 14 update, and ROAS of their top prospecting campaigns on Meta has increased by 72%.

“The ROAS that we’re getting now is not only better than what we were getting without adQuadrant, but it is also exceeding what we were doing pre-iOS 14,” David says.

Traffic has increased, and the number of users arriving through paid search has gone up by 62%.

On top of all that, David estimates that adQuadrant saves his team about 8 to 12 hours of work each week.

“I know they’re doing their jobs well, so I don’t have to monitor them,” he says. “I don’t manage them, I work with them. Every agency strives for that kind of relationship. But I’ve never seen any deliver it the way that adQuadrant does.”

With the impending launch of the iPhone 13, they anticipated a surge and wanted to capitalize with more ad spending. But right when they started ramping up, the contractor who managed their Google Ads had to leave his role.

Kaylin Murray was Rokforms’ Ecommerce and Marketing Manager. Her internal team didn’t have the expertise to scale their complicated paid search campaigns without compromising ROAS.

Even worse, the Facebook ads they’d been focused on were losing ground after the iOS 14 update. They needed to adapt quickly. Needing a specialized partner to develop a profitable approach for the Google channels, Kaylin chose adQuadrant.

“We strive to deliver a five-star experience through our website and ads. But with Google Ads, we just didn’t have the expertise. adQuadrant helped us reach the right people and get best-ever results, month after month.” – Kaylin Murray, Marketing and E-Commerce Manager, Rokform

Based on Rokform’s benchmark ROAS, adQuadrant assessed and optimized critical aspects of their ad accounts to maintain efficiency at every stage of growth.

The team assessed the structure of Rokform’s Smart Shopping feed and noticed redundancies in their keyword lists. This unorganized structure was
confusing the ad delivery algorithm and making it impossible to scale profitably.

They were able to offer up-to-the-minute best practices thanks to their agency-level relationship with Google support, which kept the ROAS in check while growing the spend an impressive 3x.

Even before the results started rolling in, Kaylin was impressed with the level of communication and dedication she received from her adQuadrant team.

They keep her up-to-date on campaign performance and always have recommendations for next steps to advance the Google Ads strategy.

“I get excited for our biweekly calls to see another lift in our revenue from Google Ads. adQuadrant is making a huge impact, and they’re always looking to push our performance even higher.” – Kaylin Murray, Marketing and E-Commerce Manager, Rokform

Kaylin was thrilled to start seeing results so quickly with adQuadrant. In the first month, she noted 50% improvement year-over-year in revenue from Google Ads.

Within a year, the overall ad revenue had swelled by $2.2 Million year-over-year, with an impressive 104% increase through paid search.

Thanks to the careful restructuring of their smart shopping feeds and skillful bid management on each campaign, adQuadrant managed to scale Rokform’s Google Ads by 3x without compromising their target level of efficiency.

Kaylin frequently recommends adQuadrant to colleagues in e-commerce and to anyone who needs a Google Ads agency.

“We’ve never seen results like this so quickly. The Google accounts managed by adQuadrant are now outperforming all of our other channels, including Facebook and Amazon.” – Kaylin Murray, Marketing and E-Commerce Manager, Rokform

You are one step closer to growth.
Let’s get started. 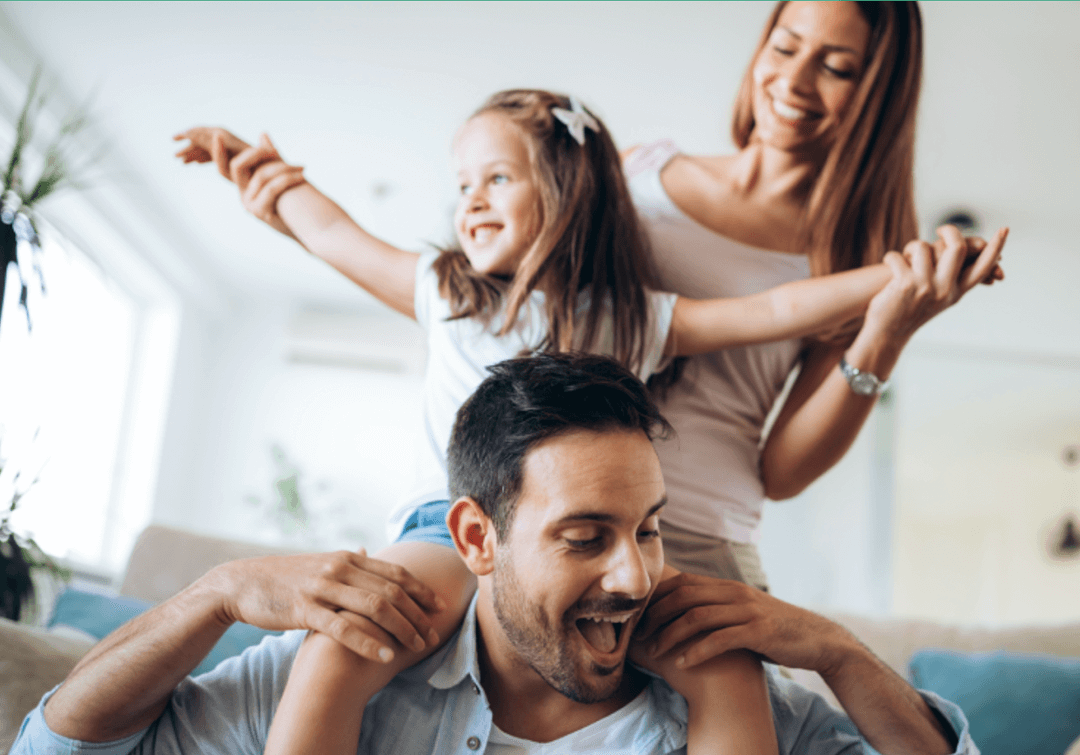 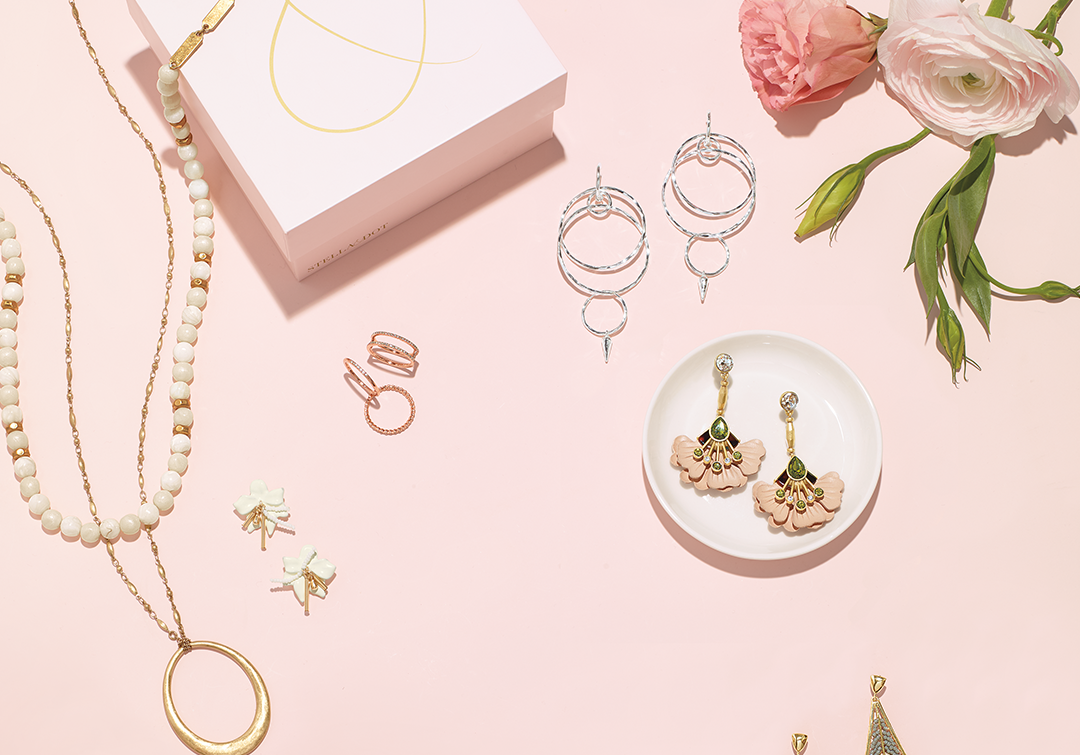