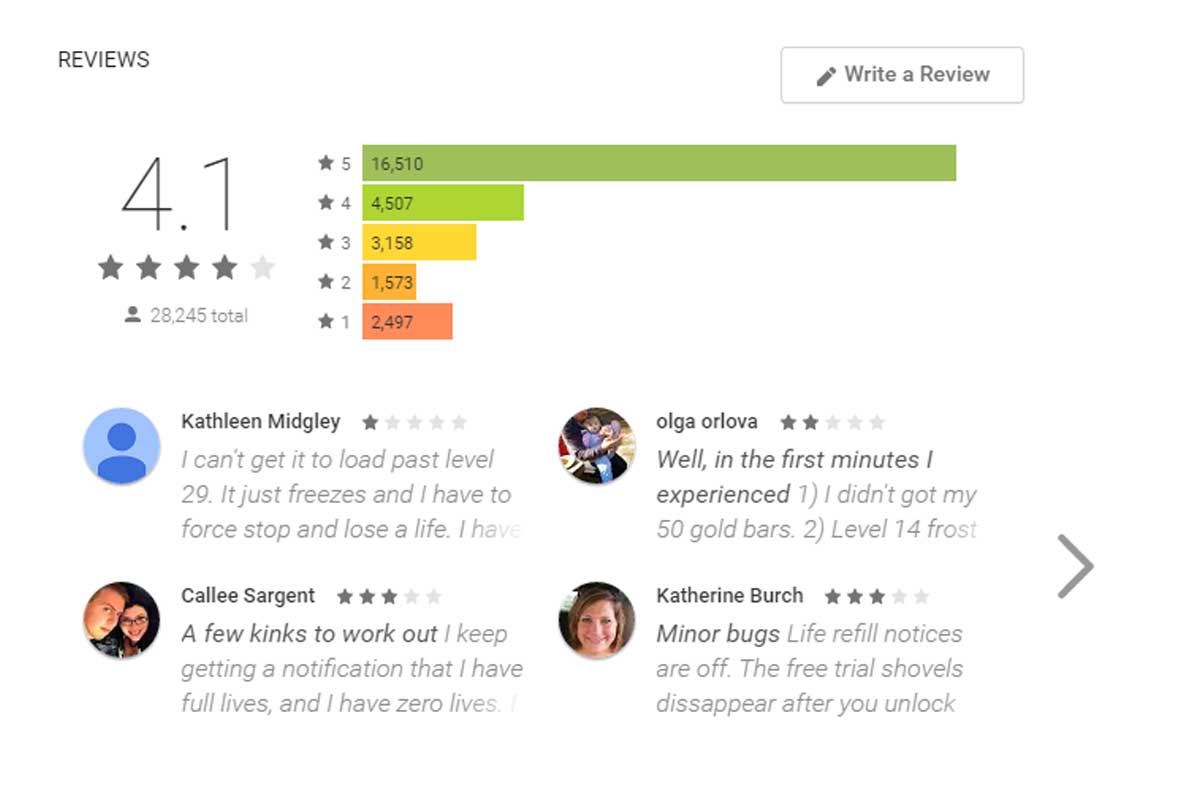 It becomes doubly frustrating when you see knock-off and lower-quality apps rise to the top yet the reviews don’t seem to add up.

Gaming the system has been around for as long as reviews & ratings have been implemented.

The goal is to gain legitimate reviews for your app; they need to be sincere from real users. Unfortunately, you may be tempted to take a short cut or fall on strategies that are actually teetering in the gray area.

There are a number of big no-no’s you’ll want to avoid when soliciting reviews:

Doing it the right way

The right way to go about gaining reviews is the very way you’re probably already thinking – you need to ask, you need to be sincere, it needs to have the right timing, and it needs to be warranted.

Here are a few suggestions for gaining legitimate reviews:

A) Use a variety of avenues

Placing a “Rate this app” pop-up within your app is fine as long as it doesn’t disrupt the user from completing their actions but you’re better off using other avenues to gain these reviews such as through social media interaction since you can engage with the user in real-time.

Post to your Facebook/Twitter/LinkedIn/Etc social accounts asking for a review if users enjoyed the experience. Use this time to gain feedback, too, and drum up a conversation with participants. The conversation and engagement will keep the idea of leaving a review on their mind longer than a quick pop-up that’s in the way of them using your app.

Consider creating some kind of weekly or monthly highlight of the best reviews found on your App’s marketplace listing. Call forth those users and give them a prize. In this situation you aren’t soliciting the review by giving to them up-front but after they’ve done so naturally.

Others will take notice of this recurring event and may finally pull the trigger and go over to review the app so they too can be in the drawing.

C) Put it out there

Leave hints and links to reviewing your app outside of social media.

You’ve already sold them on the idea of using your application; it shouldn’t feel weird asking them to take one more action to review your app so more individuals can find and enjoy it. If you can do so in a positive, non-confrontational manner to the ones that are die-hard about what you have to offer they too will go out and be part of the brigade that helps your app gain reviews.