Gambling Games: An Opinion & Examination on their Stickiness

I have a gambling problem. Not the type that has loan sharks coming after you or an enforcer threatening to take off one of your appendages. I’m talking about slots games that have been popping up like crazy on the app stores. 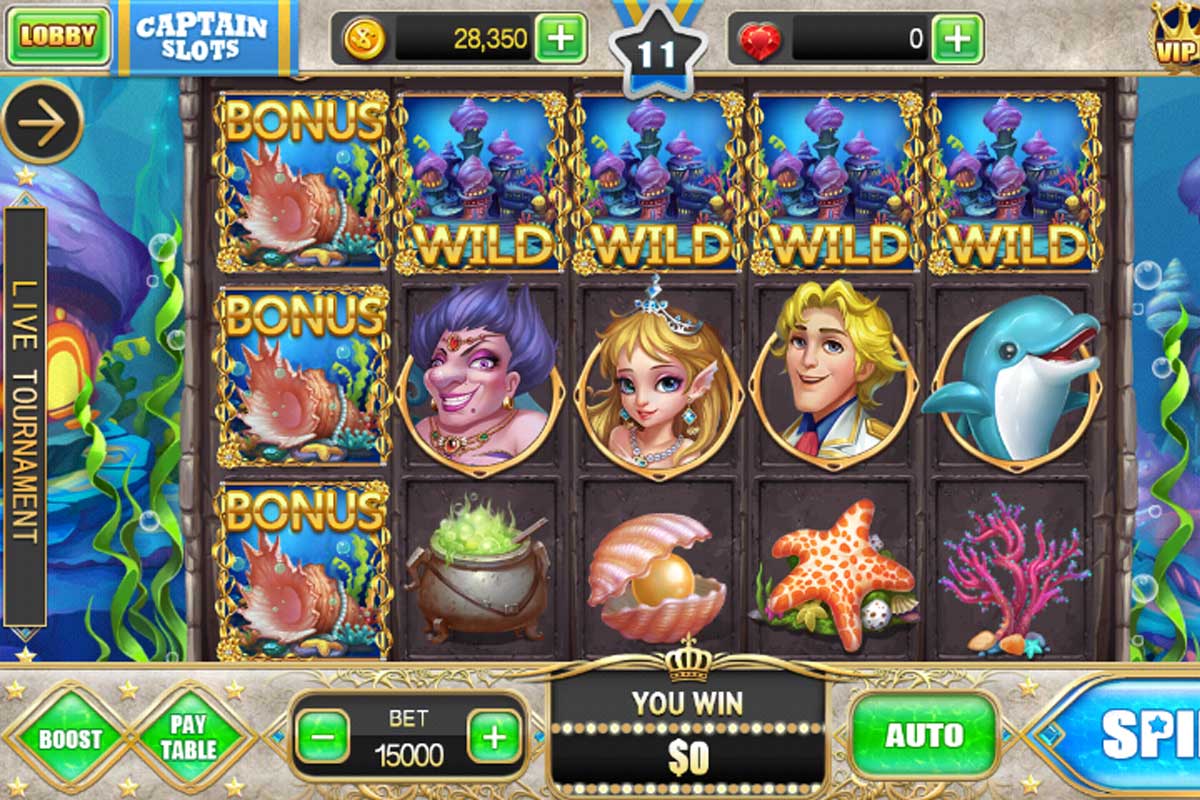 To this date I have installed about 15-20 over a given amount of time. I get into them, play for a while, go bust, uninstall, and find the next one when I get that gambling itch.

I had me thinking… what is the attraction to these types of mobile games?

Obviously there is the gambling element but knowing that you don’t have real money on the line you don’t get the same rush (or feelings of loss) as you would if you played at a real casino.

What these game makers are doing is successfully using gamifcation to add to the stickiness of their app. Once someone starts to rake in the bucks they start to reach a soft paywall from progression and this is where the shops and offers come in.

Let me show you just one of the slots game I’ve been playing and point out some of those elements that make the game sticky.

Let’s start with the launch…

Right away you’re encouraged to use your Facebook which would imply, like other social games, that you can share your scores, request help, and gain bonuses from linking up. However, it doesn’t force you since you can choose ‘later’ (and I didn’t bother looking at FireX).

A daily bonus is a nice touch to keep players coming back for more but in this regard it’s not the same reward as it gradually increases with the best being the hearts which give you additional attempts at games and more.

And then some more stickiness…

Bam! You already have a check-in bonus and now you get to spin the wheel for additional coins which is great if you’re down on your luck from the previous day of gambling.

Then comes a good attempt at monetization…

A bonus spin where prizes are infinitely better but require twenty gems (which you just so happen to earn if you check in seven days in a row).

You get a pop-up with a sale so there you have two monetization attempts before you reach the game.

However, even though these jump out at you before you even play – they don’t feel intrusive because you already got a bonus from checking in and you got to spin the wheel. Those two alone gets you excited to start playing so when these two monetization pop-ups hit you – it doesn’t seem that annoying.

So then you get to the lobby…

The game uses RPG elements in which you need to level up in in order to progress to the next set of slots (each are different than the last). You’ll also notice there is a nice ‘collect bonus’ that’s on a 20 minute timer so when you’re really getting into the game long enough and you open the chest – you’ve got more coins to keep going (retention!).

The game is quite fun because of the fantastic visuals and catchy sounds. You’re restricted on how much you can bet until you level up further so there’s this natural itch to keep playing to make bigger bets and get bigger winnings. The mini games that appear when you match the right bonuses are especially fun and each unique depending on the slots you’re playing. You can see here are also tournaments (to the left) which often attracts a great deal of people because there are very large prize pools.

And here’s where it gets you good…

You’re able to gamble your winnings in a game of chance by either betting on red or black (double your winnings) or a suit (quadruple your winnings). This gets very tempting when you hit a big win to begin with but if you do choose wrong you can either use your gems (you’ve already collected) or they’ll give you the opportunity to buy more.

The pricing may be a little absurd but what I enjoyed about the game is that it doesn’t bombard you with these offers – they only really show up if you’re willing to take an extra chance. You can easily avoid them and play for hours (as long as you manage your coins and don’t overspend). The game had me glued to the screen and I feel it’s a great example of gamification done well within a game.

What to learn from all this

A) A lot of it has to do with giving someone that initial rush from the get-go while explaining how things work. The game from our example points out how to play the games, forces you to press the buttons, but rigs the odds so you start off by winning your initial amount of money versus just giving it to you and saying “have at it”. This is a great way for game app developers to immediately get their users to jump in and start experiencing fun and exciting.

B) The successful gambling game apps I’ve seen are the ones that aren’t overly pushy with their offers. I have seen many that bombard you with pop-ups on top of ads that suddenly cover your buttons so you are essentially tricked into pressing them. That’s a no-no.

C) You may only have a small phone screen (unless you’re going for multi-device support) but the graphics and animations do matter. If the slots were just simple shapes, does a simple reel, and doesn’t have the wizzes and bangs it lacks a lot of that excitement you’d expect from a game like that. I’d highly recommend setting an appropriate budget for a great illustrator and animator to work on your gaming animations.

What did you pick up from all this?