After a good year of speculation and finally giving us the ‘yes’ – Facebook had announced that it is rolling out a payment feature for its Messenger App. 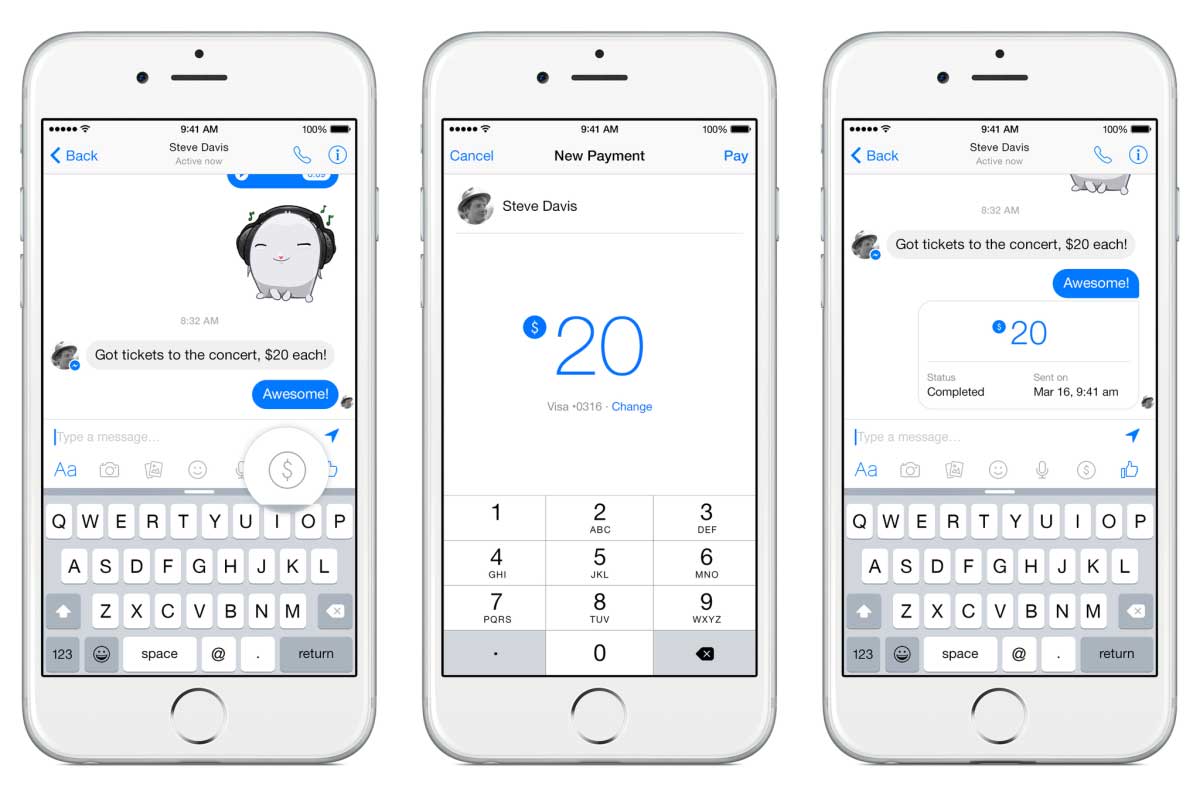 The standalone app will allow users to link their debit cards to the service and message money to one another.

Facebook wanted to keep the payment and the conversation in one message thread that would also serve as a record. So right next to the thumbs-up button on the Messenger screen will be a dollar-sign icon to send money. If a debit card number is already saved in the app, you can send money to the other person in the conversation by clicking the dollar sign and entering an amount. The whole conversation will be saved for later reference. [1]

The transfer of money will naturally use a PIN or make use of Apple’s fingerprint identification.

Now we are hearing that it is beginning to show up in the wild, mainly within the NYC area.

New updates since the showing add some neat features to improve the user experience:

Our question: is this is going to be a game changer for business?

Features rolled out on Facebook have always been setup to be adopted by the users. The layout changes over the years have always caused a stir, but once the drama blows over and people adjust they go about their way – most of those times the changes are to introduce advertising/marketing avenues.

We’ve had quite a few big changes with Facebook:

We already have many services for peer-to-peer money transfers; the technology has been quite common in Eastern markets for years though just now starting to make its way States-side. The adoption of this P2P payment system, especially through the Messenger app, is likely to be a hit because it is intuitive and part of an ecosystem users already trust.

Facebook always finds a way to monetize their services and they have already hinted at the idea that this messenger payment system can be linked for users paying advertisers/businesses directly.

On a personal level it could make for very interesting opportunities for generating sales because there is already a relationship between the two users since they have accepted contact requests.

It’ll be a while before we see this feature roll out across the board, but we certainly feel that it is going to be wildly adopted and will become something of discussion for advertising and marketing later this year (or early 2016). Be ready for it.