Why Your Business Can Benefit from Native Advertising

What if you could increase ad engagement by 53%? You would be pretty interested. 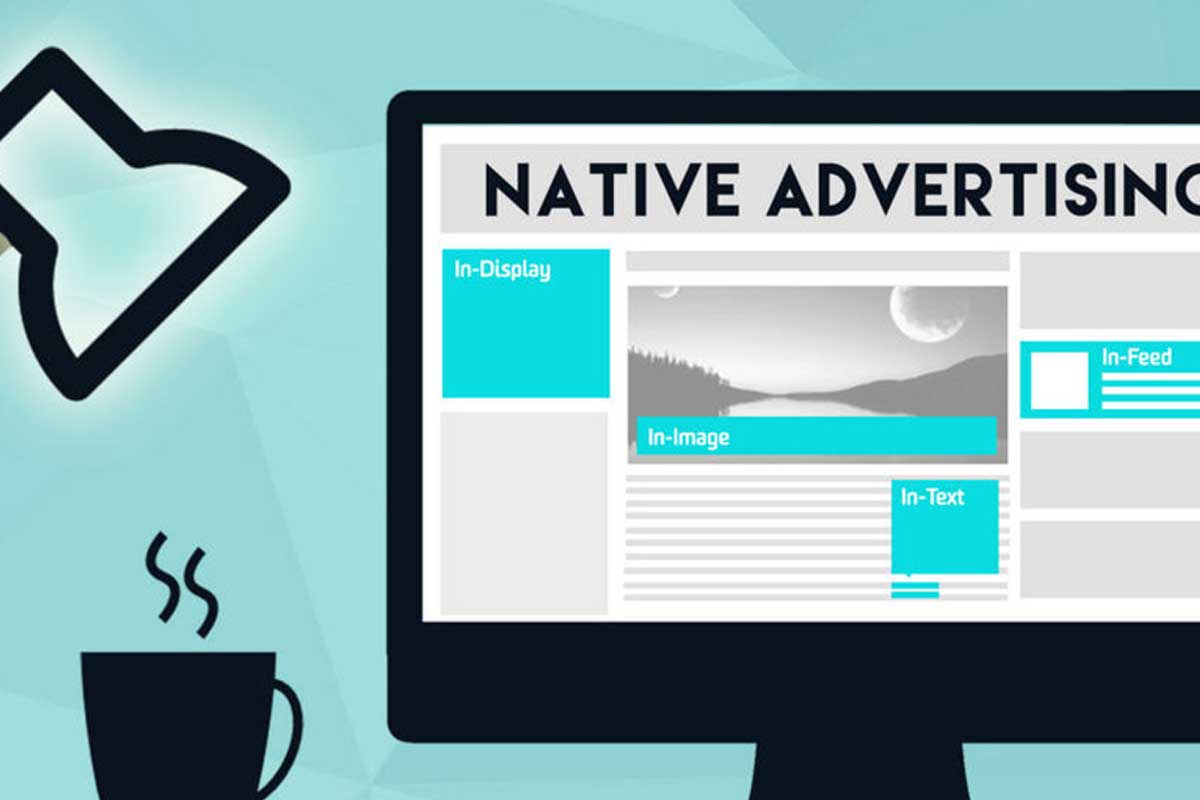 What if you could also provide valuable content to your audience that encourages them to interact with a digital display ad? If it all sounds too good to be true, you need to become familiar with native advertising.

What is native advertising?

Native advertising is a unique way to get your content in front of viewers without it looking like an ad. With native ads, your paid advertisement is designed to match the style of the channel it is placed on. The ads blend in with their surroundings in both form and function instead of looking like a typical paid ad.

Native ads fit well into the traditional sales funnel between the convert and close stages. This is the point in the process where visitors are familiar with your brand, they may know some information about your products and services, and they could have already consumed content you published. Native ads can provide more fuel to the sales funnel, helping to close consumers who are still on the fence.

Spending is expected to rise to almost $44 billion this year on native advertising. Mobile placement is taking over, accounting for 85% of native ads in US markets. Also, advertisers are shifting more of their display ads budget over to native ads, up to as much as two-thirds. Facebook is still the most popular platform for native ads.

When compared to traditional ads, native ads get 53% more views. Much of native advertising involves creating valuable content for your audience and sharing it through paid methods. Utilizing content as native advertising is effective because 70% of consumers prefer to learn information about products through content than traditional display ads.

Blog articles and videos are just two examples of sharing content through native ads. Videos used as native advertising make up 56% of video ad spending. In fact, video advertisements on YouTube get viewers’ attention 83% of the time.

Issues arise with native ads because they look so similar to regular content and consumers may not realize they are clicking on a paid ad. The Federal Trade Commission and Interactive Advertising Bureau attempt to regulate native advertisements to avoid misleading consumers. For this reason, there are some key identifying features that make native ads stand out from regular content.

You may see the words “Suggested” or “Sponsored” underneath the title of a native ad. Other common identifiers include “Recommended for You” and “Promoted.” These tags separate regular content on a site or social media platform from native ads designed to blend in with the surrounding content. Some sites incorporate an icon that offers more information about the paid ad or allows viewers to remove the content block from their viewing experience.

One of the most popular forms of native advertising is in-feed ads on social media platforms. One study found that 25% more visitors looked at in-feed ads than traditional display ads. This type of native ad fits smoothly into a user’s feed and mimics the style, format, and functionality of regular posts on the site.

When compared to other types of online ads, mobile campaigns are five times more effective on average. Because of this, mobile social media sites are some of the most popular options for native advertising. As people scroll through their social media feeds on their smartphones, their attention can easily be caught by a native ad.

The following example shows a native advertisement within an Instagram feed. The ad shows the word “Sponsored” under the company’s account name to indicate that it is a paid ad. Everything else about the advertisement looks like a typical post on Instagram.

On Facebook, there are also a couple of styles of native advertisements. In the next example, you can see content that has been suggested. It looks exactly like all other Facebook posts, including displaying likes, comments, and shares. The identifying feature on this add is the phrase “Suggested for You” at the top of the post. This ad is promoting a Buzzfeed article instead of a product or service.

Another type of in-feed native ads for Facebook is sponsored posts. These posts also blend in with the rest of the posts on the feed. It can be identified as a paid ad by the word “Sponsored” underneath the account name. This ad is different than a suggested ad because it is selling a product.

For desktop viewing, one of the most popular native advertising platforms is still Google. As you can see from the images below, paid ads look very similar to organic search results in format. The small “ad” label underneath these results are the only differentiator from traditional results.

Native ads offer a lot of benefits to marketers and may offer a better use of their advertising budget. They raise purchase intent by 18% and get 53% more views than traditional display ads. Because this type of advertising blends in with organic content, it can prevent ad fatigue. Consumers have become numb to advertising and often overlook traditional paid ads. Native ads have a better chance of catching and holding viewer attention.

Even though native ads are labeled as paid advertising, consumers do not seem to mind. Consumers appreciate content that adds value, even if it is designed to sell a product or service. The success of native ads is contributing to the more than $40 billion spent by marketers this year, making native ads 61% of all digital display ads. For the past few years, native advertising has been the fastest-growing ad segment with 35% growth.

If you are not already using native advertising, it is time to invest in this form of paid ads. Native ads integrate seamlessly with organic content on almost any platform and receive higher engagement and conversion rates than traditional paid display ads. Marketers are increasing their spending on native ads because the format combats ad fatigue, and consumers do not mind viewing an ad if it adds value through content. Overall, native advertising is on the rise and will continue to grow as social media becomes increasingly popular every day.